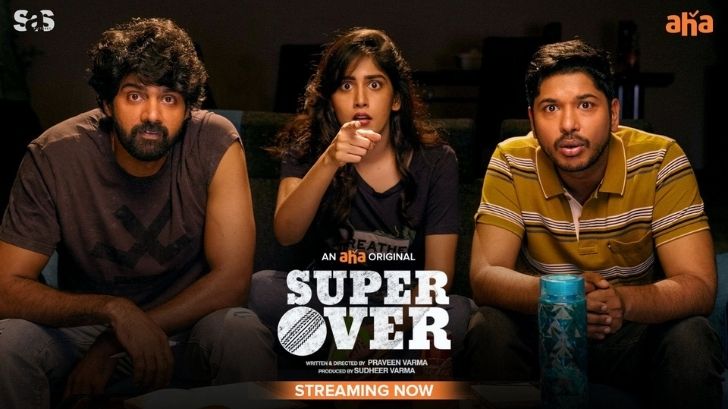 Super Over is a 2021 Indian Telugu-language crime thriller film written and directed by late Praveen Varma and produced by Sudheer Varma through SAS Pictures production company.

Overall, Super Over works in parts due to the fast-paced screenplay. The actors have no scope, and the writing is a let-down making it a middling fare.

Overall, ‘Super Over’ is neither super nor bad. You may watch it to kill time if you have an Aha subscription.

Finally, Super Over has its share of problems that distract the audience but is manageable for a digital watch.

On the whole, Super Over is a crime thriller that is decent with its narration part. Though the film has a few unconvincing episodes and foul language at regular intervals, considering the OTT release, the film ends up as a watchable fare for its thrills and stylized execution.

The problem with Super Over lies in the fact that it spends more time connecting the dots than driving an engaging narrative. The writing is unexceptional and many scenes don’t even end on a proper note. All in all, the film remains a watchable fare..