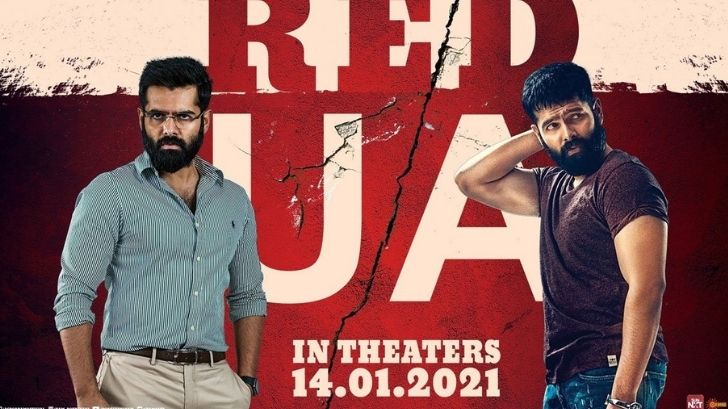 Ram’s RED falls flat as the film offers nothing new and interesting. Except Ram’s performance and few thrilling moments, RED is a huge disappointment.

The thriller lost its main strength as the second half goes on and on. Plus, the investigative process looks silly and unrealistic. Despite Ram’s sincere effort, “Red” fails to engage.

Overall, Red is a thriller with hardly any thrills. Nothing works in the movie except the pre-interval and interval stretch. The director’s inability to provide a gripping and consistent tone is the fault here. If you have seen the original skip Red. If you haven’t, the remake is a below-par thriller.

On the whole, Red is a suspense thriller that works here and there. The story idea is good and Ram leads from the front with his impressive act. But the screenplay is weak, twists and narration are also jaded making this film a just an okay watch this weekend.

RED has its moments and has two characters that are kind of interesting at its core. It also has a brilliant cast. If only it were not let down by a draggy screenplay. Give this one a chance only if a weird, mixed dose of romance, thriller and masala is your cup of tea.