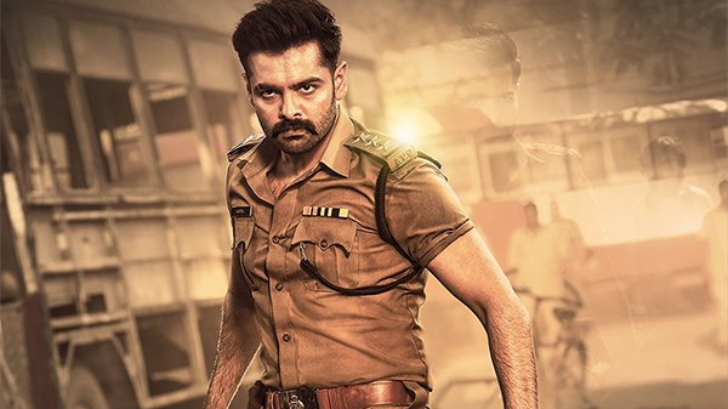 The Warriorr is a 2022 Indian action film directed by N. Lingusamy and produced by Srinivasa Silver Screen..The film score is composed by Devi Sri Prasad.

‘The Warriorr ‘film is a mediocre one. First half of the film works for the masses, second half is not up to the mark.Ram and Aadhi did perform well. Entire movie runs on Satya Vs Guru thread, which turns as the major drawback.

In a nutshell, “The Warriorr” is like Rayalaseema’s famous Ragi Sankati but this Sankati is not served with ‘Kodi koora’ but with sambar or chutney. Hence, the spiciness is missing. It is edible, but not tasty enough.

On the whole, The Warriorr is a masala cop drama that has some impressive mass blocks. Ram and Aadhi Pinisetty hold the screen with their impressive act but the story is a bit routine and quite predictable. If you are okay with this aspect and like to attempt a mass film, The Warrior can be happily given a shot at a single screen.

The Warriorr is a masala-laden commercial pot-boiler that’s meant to be watched over a shared bucket of popcorn. There’s no ‘relief’ or unnecessary comedy scenes (just unnecessary duets) breaking the flow of this war between Satya and Guru. Watch it if that’s the kind of cinema you like.