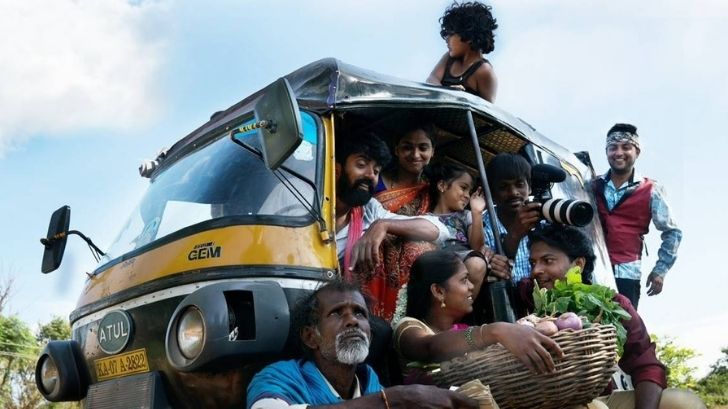 Cinema Bandi is made on a strict budget as per the demand of the script and the premises. The songs are good and they are not forced. The entire cast is doing their first film and they did their parts well. Backed by a decent technical team, Cinema Bandi is a good attempt to kill time and makes a decent watch on digital space.

In a nutshell, ‘Cinema Bandi’ makes a decent watch on the OTT platforms for its honest effort from the makers. The naturalism in the setting, and humor score over other logical issues.

Overall, Cinema Bandi is all heart with ample feel-good appeal. There is a lot of talk, fun and drama in a natural and understated way. The casting and writing make it a decent one-time watch without much to complain about.

Cinema Bandi succeeds in entertaining the audience thoroughly. The film showcases the hilarious plight of innocent villagers who set out to make their first film with nothing but a DSLR camera in hand and immense passion in heart. In the process, the film takes us close to their lives. On the whole, Cinema Bandi will be the right choice for the audience who wants to enjoy a good, heart-warming film this weekend.

The film keeps the audience hooked. Everybody in the film play their part to perfection and deliver noteworthy performances..Debutant director Praveen Kandregula shows maturity that’s rare among young filmmakers and delivers a heartwarming tale that makes you believe in dreams.