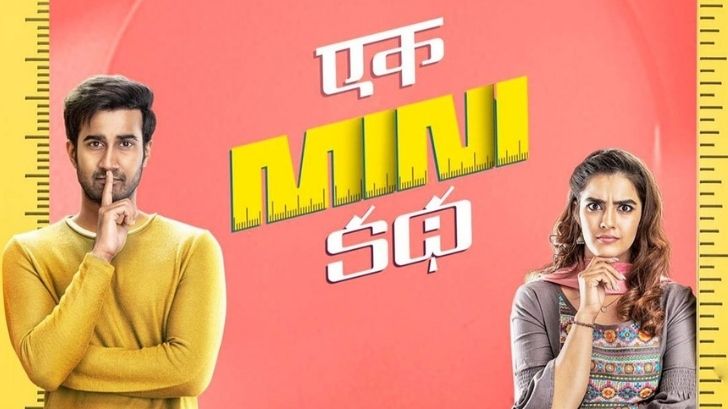 ‘Ek Mini Katha’ works for the target audience on OTT platform. Though this film’s narration is entertainment oriented, it turns out to be boring and predictable at times. If released in theatres, Ek Mini Katha would have ended up disappointing one. You may try it on OTT.

All in all, “Ek Mini Katha” explores a taboo subject and narrates it with a dose of humor but it also suffers from many small and big problems along the way. It finally falls into the trap of a regular template and turns into a boring affair.

Overall, Ek Mini Katha is an urban entertainer with a fresh plot, neat cast and lovely visuals. If that is enough, along with small bits of fun on the way, give it a try. But, do not expect any depth to it.

On the whole, Ek Mini Katha has a very bold subject for the Telugu audience. But director Karthik Rapolu succeeds in narrating it in a neat manner with decent comedy. Though this film is for the adult audience and gets a bit dragged in the second half, it has enough material in it and ends as a time pass watch during these tense times of COVID 19.

While the whole film deals with Santosh’s problems and what he does to overcome it to keep his wife happy, it ends with a revelation and also a message about educating children about sex. On whole, Ek Mini Katha is worth a watch on OTT.