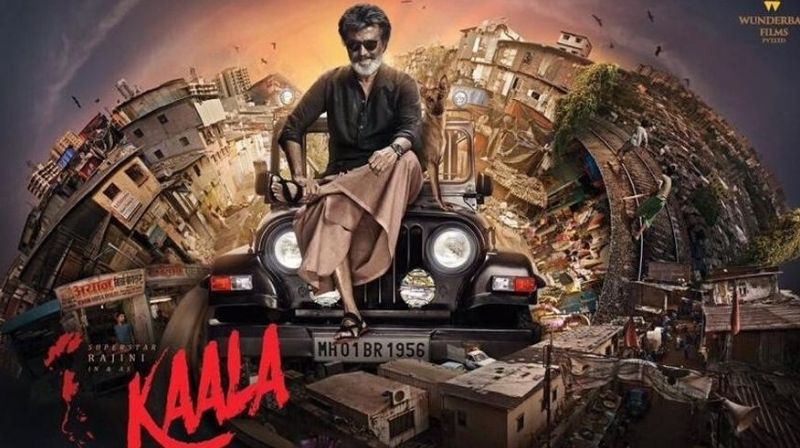 Kaala is a 2018 Indian Telugu Language Political Drama film written and directed by Pa. Ranjith and produced by Dhanush. The film plot is Kaala who runs away from Tirunelveli in his childhood, moves to Mumbai where he becomes a powerful don living in the slums of Dharavi.

Kaala presents vintage Rajinikanth and his elements in a stylized manner. With its solid casting, brilliant technical values ‘Kaala’ may appeal to fans and masses, though a routine theme.

Kaala’ comes with a time-tested formula. Almost all the tropes, barring its politically-correct symbolism, are familiar and done-to-death ideas.

Ranjith has portrayed the stylish mass appeal of Superstar in this movie with a commercial touch which never bores the audience. Also he explains that slum or being black is not ugly, it is just that it is a strong color and pride.

The film is an exploration into the relationship of the oppressed and the oppressor. The climax works so beautifully because the only real redemption for the oppressed is through unity, through education, through awareness — not through the informed voice of just one leader.

The confrontational scenes between Rajinikanth and Nana Patekar, in particular, are terrific to watch and are bound to be a huge hit with the fans. Kaala is a treat for fans. Watch out, especially for the climax, which is one of the best in a Rajinikanth film in recent times.