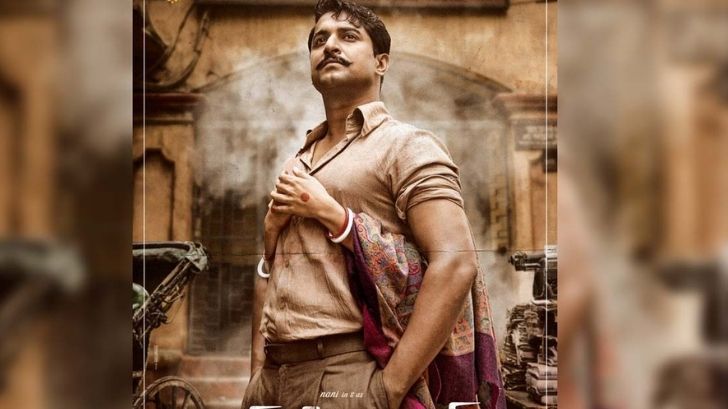 Shyam Singha Roy is an Indian Telugu-language supernatural drama thriller film directed by Rahul Sankrityan. Set in the backdrop of Kolkata, the film is based on the theme of reincarnation. It has music composed by Mickey J. Meyer with cinematography by Sanu John Varghese and editing by Naveen Nooli.

Shyam Singha Roy is a superbly made emotional film that deserves an all-round appreciation. Director Rahul delivers an engaging and poetic love saga with supreme production values. Second half has an arresting story which is a class of its own. This film is recommended as a good watch for the families, class film lovers. A well-crafted film in Telugu Industry after a long pause.

Overall, Shyam Singha Roy has glossy, fresh packaging with excellent technical work, casting, and acting. However, its soul is utterly predictable and routine. Watch it for Nani, and making, but keep expectations low.

On the whole, Shyam Singha Roy is a classy period drama with an impressive storyline. Nani gives his career best and director Rahul Sankrytan narrates the film in a emotional manner. The film is devoid of masala entertainment and has a slow pace. Barring this, the film has enough drama for the audience to sit back and enjoy this period film. Go for it.

Shyam Singha Roy might not have a story that’s completely out of the box but the staging does have the potential to bowl you over. Barring the underwhelming aspects, give this one a chance this weekend if you’re longing for something that’s (mostly) well-made and backed by a stellar cast.

Shyam Singha Roy touches social topics that were relevant in the 70’s.  The way the director Rahul Sankritya present  Nani’  rebellion against Devadasi system and his revolt against the social fabric are presented well.