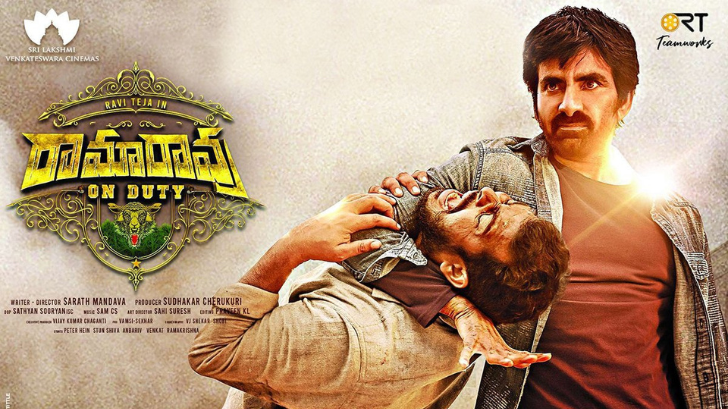 All in all, “Ramarao On Duty ” is neither a mass film nor a classy take. The attempt to tell a serious (?) story with mass Maharaja Ravi Teja backfires, mainly due to the unengaging narration.

Overall, Ramarao On Duty is a failed attempt to give a content narrative featuring a star. The uneven narrative trying to balance content and heroism makes for a boring and flat movie. In the end, even die-hard fans might struggle to sit through the misguided commercial venture.

On the whole, Ramarao on Duty is an outdated, boring and emotionless action drama which fails to entertain. The film is lengthy and has a very dull screenplay and makes the audience get frustrated. Apart from Ravi Teja‘s sincere performance, this film has absolutely nothing new to offer.

By the end of Rama Rao on Duty, you come away knowing that Pushpa Raj (and Sukumar) had lied to you. Red sandalwood does not float on water (as shown in a key scene in Pushpa), it actually sinks! Ravi Teja and Venu really deserved a film that didn’t sink too.