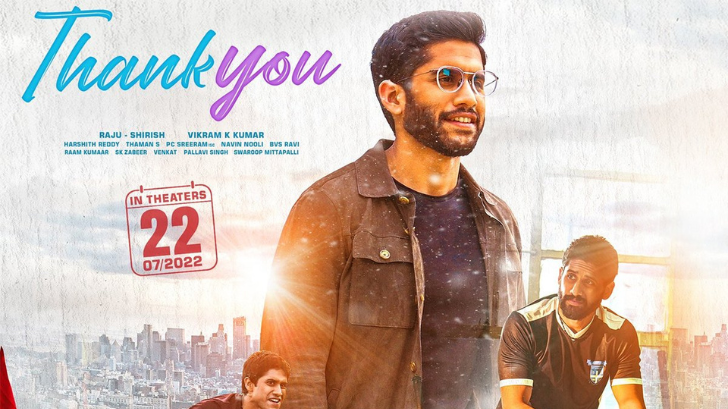 Thank You is a 2022 Indian Telugu-language romantic comedy  film directed by Vikram Kumar from a story written by B. V. S. Ravi. It is produced by Dil Raju and Sirish under Sri Venkateswara Creations.

‘Thank You’ is a rudderless attempt which aims to be an emotional drama but ultimately fails due to incoherent writing and monotonous narration.  Naga Chaitanya’s earnest performance and PC Sreeram’s work are the only saving grace.

Except for Naga Chaitanya’s transformation and a couple of moments, the film is a predictable affair. In a nutshell, “Thank You” is a wasted effort.

Overall, Thank You is a feel-good story designed to generate those emotions. Unfortunately, it fails to deliver it due to a flat narrative with minor emotional appeal. The sheer lack of freshness and rushed making further dilute the cause. Thank You is a missed opportunity, in the end.

On the whole, Thank You is a old school and outdated coming of age drama that fails to showcase any novelty. The pace is slow, scenes are dull and the emotions do not create any impact. The best part of the film is Chay Akkineni’s sincere performance which is the saving grace.

Thank You is not a Vikram Kumar type of narrative, instead it is totally bland and boring. Thanking the people in our life is a good motto, but presenting it in a feature film needs more convincing episodes and strong emotion. Thank You lacks that all.