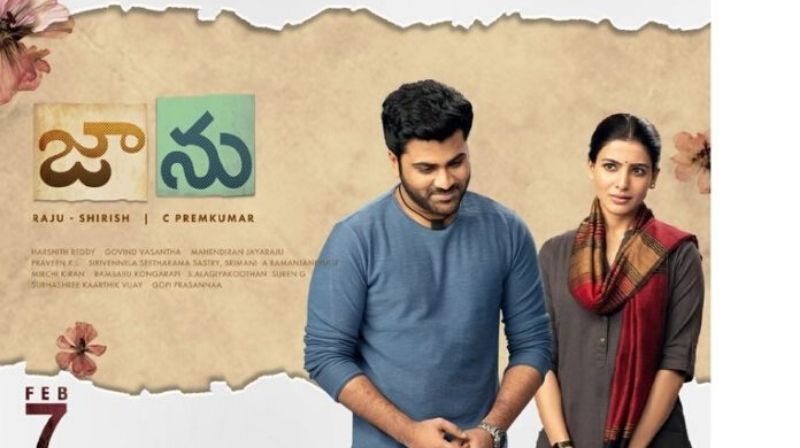 Jaanu is an romantic drama film directed by C. Prem Kumar, remake of his Tamil film ’96 bankrolled by Dil Raju on his Sri Venkateswara Creations.

Jaanu is a faithful remake that is able to recreate the essence of its original. Second half has many heartwarming scenes and dialogues. Sharwanand, Samantha’s great performance and background score are excellent. It would be interesting to see how Telugu Audience will lap up this matured love story

Jaanu is a film as palatable as a box of chocolates, you never know what you’re going to get. This is not a feel-good film because it’s much heftier than that. Watch it if you’ve ever been in love, especially for the performances, the music and just give in. It’ll make you smile and cry if nothing else.

Overall, Jaanu by default has the same set of problems the original had as it is a faithful recreation. The feel and impact of the original would be less or missing to those who have already seen it. In short, it won’t be a classic. Others, who have no clue on what’s in store, are in for a treat within the love story space. In other words, they might feel it as a classic. If you love ‘love stories’ give Jaanu a try

It’s one thing to remake a masterpiece. It’s quite another to remake a classic. Director C Premkumar delivers a mixed package, one must say. Watch this one for the delicacies of coming terms with the past. The performances are a big plus, so also the technical output

On the whole, Jaanu is a faithful remake which has the feel and emotions intact from the original.The film will surely draw comparisons as those who did not see the original will love it and all those who watched it will find it slow paced. The film is clearly an A center and multiplex film but Sharwanand and Samantha give career best performances and shoulder the film till the end and make it a decent watch this weekend

Having said that, the minuses apart, “Jaanu” has its moments, is very pleasant for its pure love. The slow-paced romantic drama will work who like matured romantic dramas. Despite some issues, the screenplay and good performances from the lead pair have created an impact.