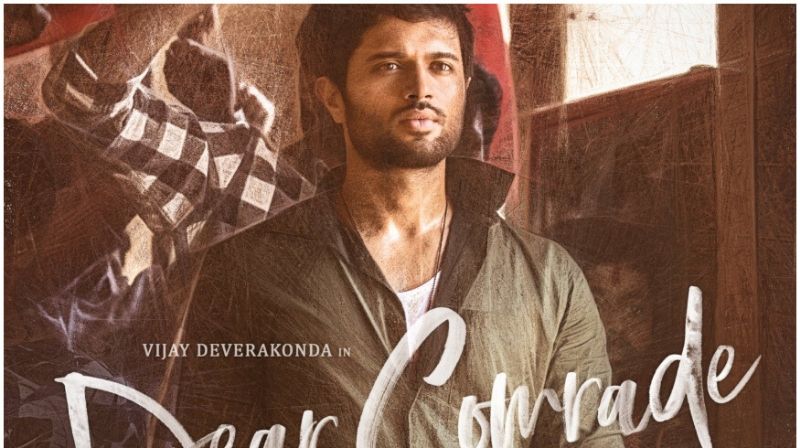 Dear Comrade is a 2019 Indian Telugu-language action drama film written and directed by Bharat Kamma which is produced by Mythri Movie Makers and Yash Rangineni.

Dear Comrade is an average film with no solid positive takeout points. Vijay’s charishma , Vijay – Rashmika’s chemistry and three songs are the saving grace for this film. First half is passable and cannot be said the same for second half. Overall , a film that TRIED many things but couldn’t achieve what it is supposed to be

All in all, “Dear Comrade” has few positive points but it gets boring after a point. A serious love story that appeals to limited audiences.

In the end, Dear Comrade is a sincerely made work that is devoid of any surprises. The characters too tread a predictable path making the narrative dull. It is a one-time watch if you have nothing else to do in the weekend and are in a must-see a movie mood.

One the whole, Dear Comrade is not the routine love story which you see on a regular basis. It is filled with emotions and shows how one needs to fight for what they believe in and support their partners no matter what. Amazing love story, superb performances from the lead pair and a well narrated social issue are basic assets of the film. The masses will find it a bit difficult because of the length and slow narration but otherwise, this film has all the elements which makes up for a decent watch this weekend

Although slow and sluggish at times with a slightly below-par climax, Dear Comrade is a good attempt. It’s a film that makes you think, keeps you guessing and plays with your emotions. After the film, there’s a good chance you make out with your collar up and ready to raise your voice against anything that doesn’t sit right with you — even if it’s just for a while. That’s the effect good cinema can have on you.