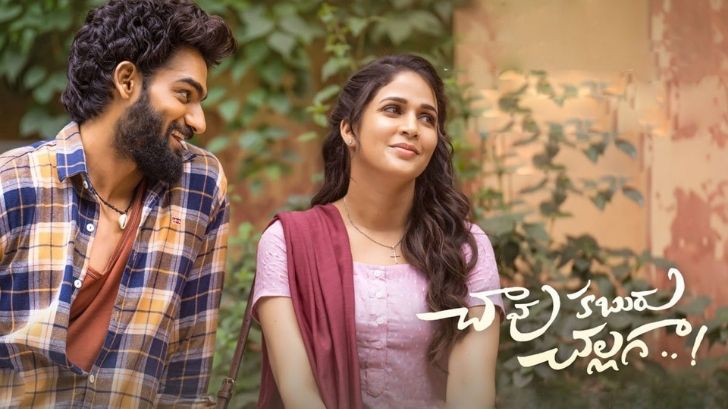 CAST: The film features Kartikeya Gummakonda and Lavanya Tripathi in lead roles with Murali Sharma, Aamani and Rajitha in other roles.

Though there are a few laughs in the first half they could not save the film. Dialogues are good though some turn preachy. The climax is routine and predictable. There are lack of scenes that elevate the movie. Chavu Kaburu Challaga ends up as a lost chance.

‘Chaavu Kaburu Challaga’ is a watchable film where heavy-duty emotionalism is restricted to the final moments.

Overall, Chaavu Kaburu Challaga has a decent and progressive premise. Its set up is unique. But, the focus on standard and routine tropes and generating morbid fun using the setting give a neither here nor there kind of feeling. It could have been so much more, but what we get is a routine love story with a different backdrop.

On the whole, Chaavu Kaburu Challaga is a different love story with a unique premise. The emotions are neat but the love story is dull. Karthikeya does well in his role and holds the film for the most part. The film has some decent emotions at regular intervals but the rest of the film is quite dull with mundane scenes and ends as an okay watch this weekend. Just keep your expectations low.

Chaavu Kaburu Challaga dares to go where few films would – show that a woman’s life does not have to end, begin and revolve around her family. If only the film was surefooted enough to deliver that message.