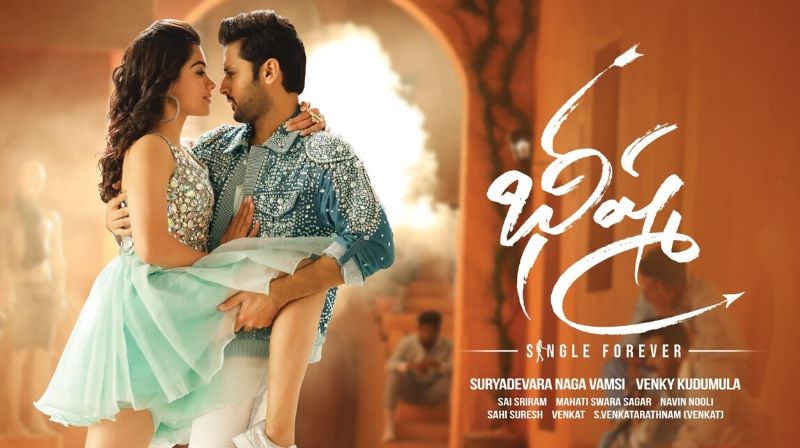 If you loved Chalo, giving Bheeshma a chance is a no-brainer (pun intended). Just don’t go expecting something even remotely sane or novel and you won’t be disappointed.

Bheeshma is a surprise package with its clean comedy, skillful direction and screenplay. Director Venky Kudumula has executed a simple plot with a contemporary thought process. The thin story line and partly boring 2nd half are only negative aspects of the film. Overall, Bheeshma may turn up as a winner at the Boxoffic , a much needed hit for Hero Nithiin.

Overall, ‘Bheeshma’ is sprinkled with a good dose of comedy in the second half. It provides time pass moments. It is a lighter vein romantic-comedy.

Overall, Bheeshma is the kind of film where entertainment overrides everything else. It is a pucca commercial entertainer where if one connects, they are in for a joyride. If one doesn’t, they won’t get what the fuss is all about? It is all simple as that. Which side one finds themselves determines the eventual enjoyment. If entertainment is all you want, go and give Bheeshma a try.

On the whole, Bheeshma is romantic comedy which has well packaged entertainment thrown at regular intervals. Clean comedy, good performances and breezy narration are huge assets of this film. Nithin will get his much deserved hit he was looking for. Except for a simple story line and some over the top scenes, this film has some good moments for the entire family to watch out for. Recommended.