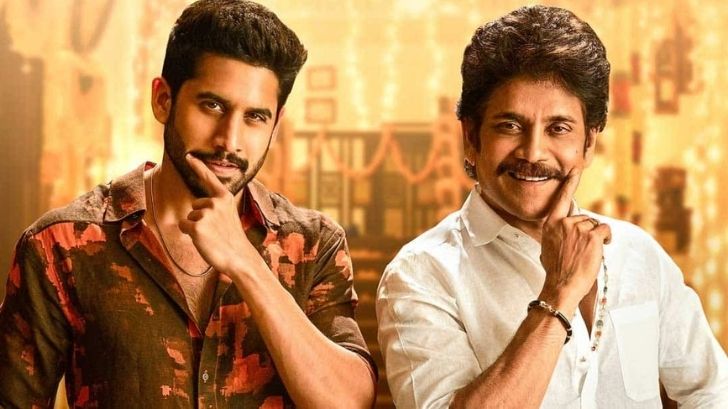 Bangarraju is a 2022 Indian Telugu-language supernatural drama film directed by Kalyan Krishna Kurasala who co-wrote the film with Satyanand. Produced by Annapurna Studios and Zee Studios, Bangarraju serves as a sequel to the 2016 film Soggade Chinni Nayana.

‘Bangarraju ‘ is a routine script which is somewhat compensated by colorful songs , Nagarjuna and Chay presence.  The attempted comedy hardly brings laughter, there is absolutely no freshness in the script.  Nag , Chay, Ramyakrishna cast definitely adds value to the film. At Boxoffice sankranthi season might bring some revenue at B C Centers . Akkineni fans may give it a try.

‘Bangarraju’ makes for a good watch if you have low expectations. Walk into the theatre after brushing up a bit about ‘Soggade Chinni Nayana’.

Overall, Bangarraju is an extremely predictable and formulaic fare. It is still a passable watch for the cast, setting and festival atmosphere. Give it is a try if you want to watch some rural backdrop fun and have the expectations firmly in check.

On the whole, Bangarraju is a decent rural drama with Nagarjuna and Chay Akkineni dominating the proceedings. Even though the first half and story look quite ordinary, the second half is filled with good moments. As it is the festive atmosphere and the film is filled with multiple stars and vibrant songs, Bangarraju will fare well at the box office.

In an overview, Bangarraju is a passable village drama that has Nag’s amazing screen presence and oozing energy throughout. But on the flip side, lack of emotional connectivity and racy proceedings stand tall as demerits. All we suggest is to keep a check on your expectations and Bangarraju will surely end up as a watchable flick during this festival weekend.