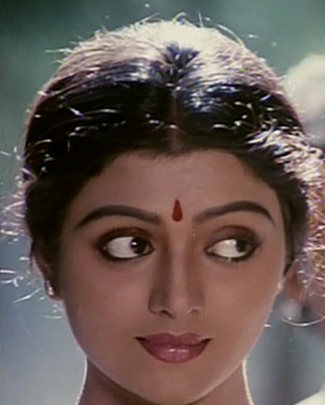 Bahanupriya was one of the few actresses of Telugu film industry who has seen the peeks of success in the very early days of her debut. Her work spoke for herself, people all around appreciated her performances in different movies.  ANANDA BHANU, was the screen name of Bhanupriya and people called her Dancing Golden Lotus of Film Industry. Once Nadigar Thilagam Sivaji  Ganesan has given an interview to cinema express magazine, in which he has appreciated Bhanu  Priya saying that she is as talented as Savitri in acting, a great dancer like Padmini and glamorous as Vyjayanthimala. It has come to the notice of Bhanupriya through somebody, she collected the magazine took the cutting and framed it for herself as she felt it as a great award given by Sivaji Ganesan to her.