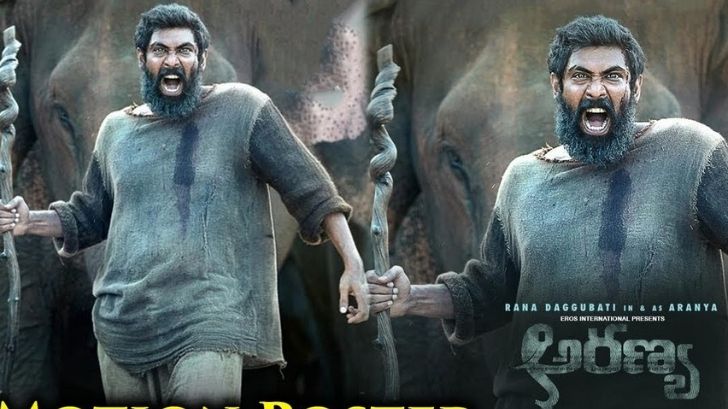 Aranya has an interesting plot that is let down because of the unappealing second half. Several logics are left behind. The film is a visual treat but it ends up as a boring attempt.

On the whole, Aranya could be a better attempt provided it is written well. The intention of saving the environment is unarguably good, but that is not addressed well. Aranya leaves you wanting for more and better.

Finally, Aranya has a few issues but they do not come in the way of appreciating the movie with good intent. Rana’s terrific performance and excellent technical values add more value.

On the whole, Aranya is an underwhelming adventurous drama that leaves you with mixed feelings. Barring Rana’s spirited performance and the impressive technical aspects, the film doesn’t have much to arrest the audience and make them feel for the turmoil the wild animals go through when greedy humans invade their habitat. You may watch this film for a different experience, but do keep your expectations low.

Enugula intlo manushula arachakam (humans create a ruckus in the elephants’ home), reads a newspaper headline in the film. In a way, watching Aranya feels the same way. When you see the elephants in their natural habitat, it’s a joyous watch. Alas, the humans find a way to ruin it!