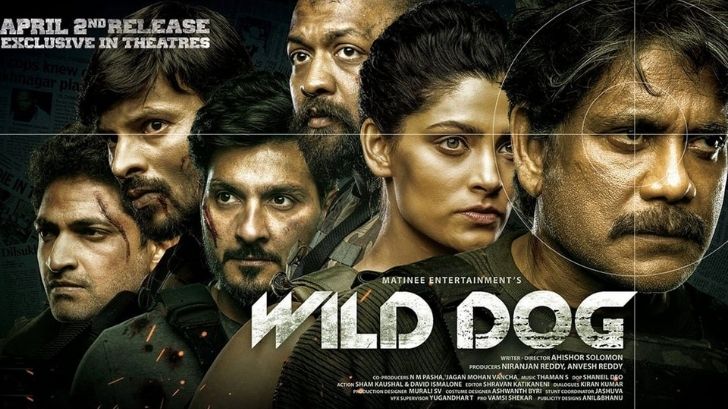 Throughout the film, the background score is well maintained. The visuals are stunning. The film could be a decent OTT watch as it is an old wine in a new bottle.

If you are looking for something different from the routine and formulaic Telugu movie stories, this might work to an extent. Despite some issues, the engaging second half has made “Wild Dog” watchable.

Overall, Wild Dog is a sincere attempt following all the rules in the book for the genre. However, the flat execution without many thrills hampers the enjoyment. To those who love the genre, Wild Dog offers nothing new. But, if you haven’t seen much in this space, it could be a watchable fare.

On the whole, Wild Dog is an action drama that has an interesting premise. Nagarjuna leads from the front and the second half has good thrills. But to enjoy this part, one should sit through the dull first half. This film is made for the general Telugu audience with a new set up and different action. So don’t go in with a mindset of watching a gripping OTT kind of a thriller as Wild Dog has its own pace and style.

Wild Dog is a simple story that doesn’t veer much beyond the tale of a team looking to nab a terrorist. Ahishor Solomon must be lauded for attempting to make an action film that’s devoid of any commercial elements. However, he also doesn’t move beyond telling a story that lacks an emotional hook. Watch this one this weekend if action dramas are your cup of tea.