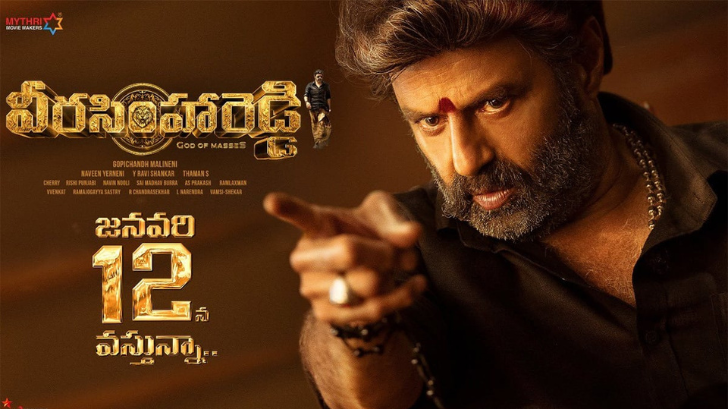 Veera Simha Reddy’s first half is very good and a feast for the audience. However, the second half disappoints. The Old school’s Second half works only for fans / B-C centers. At Box-office, targeted mass, festive season, and competition movie results will decide the range of this film.

Overall, “Veera Simha Reddy” is another mindless masala drama with a lot of fights. While the first half of the film is entertaining, the second half is disastrous. The film is only for die-hard fans of Balayya, not for the regular audiences.

Overall, Veera Simha Reddy offers nothing new storywise, but the majestic presence of Balakrishna and the mass-pleasing moments take care of the first half. The sentimental course later puts things off track, and the movie never recovers. If one likes mass dramas with a heavy dose of sentiment, the movie offers enough to be a decent one-time watch.

On the whole, Veera Simha Reddy is a decent action entertainer that has all the commercial elements to entertain Balakrishna fans. Balakrishna as Veera Simha Reddy is outstanding, and Varalaxmi Sarathkumar also stuns everyone with her performance. The second half disappoints much, and if it had been engaging like the first half, the film would have been a blockbuster at the box office. It’s a feast for fans, and it would be a decent experience for action lovers. Give it a watch this Sankranthi to enjoy the mass of Balayya.

Give the film is right on time for Sankranthi, some of the dialogues don’t exactly make it a family-friendly watch. But if you’re a Balakrishna fan, this one’s for you.