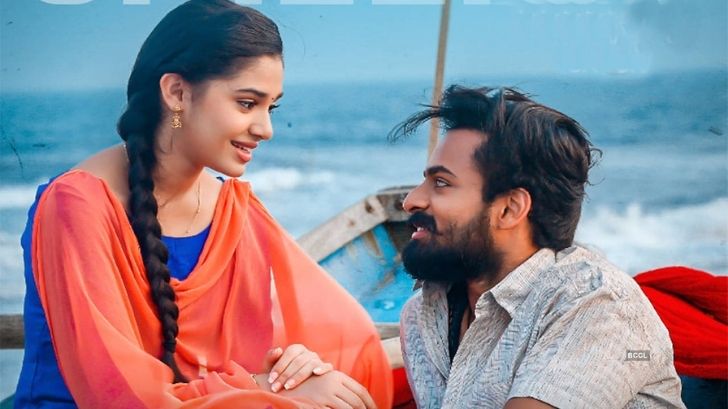 Uppena is an Indian Telugu-language romantic drama film written and directed by debutant Bucchi Babu Sana. The film is produced by Sukumar in collaboration with Naveen Yerenini and Y. Ravi Shankar, under their respective banners Sukumar Writings and Mythri Movie Makers.

Uppena is a rustic tale that is decently packed with fantastic music, romance and action. The second half has predictable path but climax scores good. Vaisshnav Tej and Krithi Shetty make a dream debut with Uppena which will have a decent box-office run.

Debutante Buchi Babu’s direction is decent. Despite being this is his debut film, he has shown command over extracting best from the crew and the cast. He needs to be applauded for his dialogue in the climax part played on a Shiva’s idol with a broken hand.

Overall, Uppena is a familiar love story with an honour killing backdrop. It offers a fab immersive world in the first half and a good climax. It is a decent one-time watch for these elements, and if you love stories, as a genre.

On the whole, Uppena is a moving love story with an impressive star cast. Amazing songs, a fresh pairing and gritty drama are basic assets for this film. Though the story is a bit routine and parts of second half gets dull, the decent narration and hard hitting climax make this film an impressive watch.

Watch Uppena this weekend if love stories are your cup of tea, don’t go in expecting too much though.