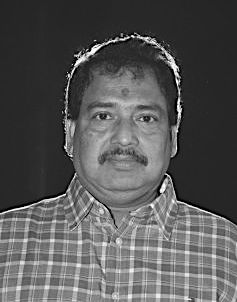 VAMSI, story writer, novelist, assistant director turned into director. Having a unique style of storytelling and movie making, considered to be a creative director of his time. Born on 20th November 1956 W.G.District, A.P. He is a director who is much ahead of his times, female characters are empowered in all his stories. Vamsi is one of the few filmmakers in Telugu who tries to depict the nativity of the concerned story.
Vamsi thought of making a song in Sitara Movie with 25 to 30 good looking dancers, producer Edida Nageswara Rao having come to know the same has questioned him from where he can get them. Then he managed with the available dancers by showing the movements of their hands and legs only. Because they are not up to the expectations of Vamsi. Dancers were giving hand movements and leg movements as per the director, they were surprised when the director declared the song is over. The crew was under confusion except for M.V.RAGHU cinematographer. This song has become one of the best-picturized songs of Vamsi. He might have limitations with resources but he never had limitations with creativity. He is one of the finest directors of Telugu film industry who is respected by all.