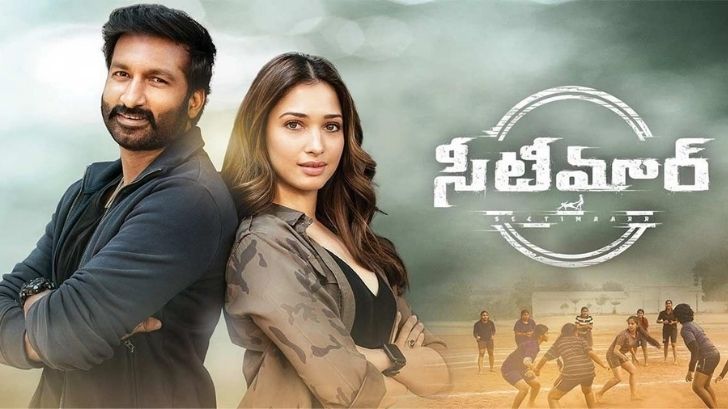 Seetimaarr  is a 2021 Indian Telugu-language sports action film directed by Sampath Nandi and produced by Srinivasaa Chitturi under the banner of Srinivasaa Silver Screen.

Seetimaar is a movie which showcasing the importance of the sports and women empowerment. Seetimaar tries to preach that not only eduction, even sports is part of our lives. A one time watch for Gopichand fans.

Seetimaarr is not just a sports drama. It is packed with intense action scenes, emotional drama and also highlights the prevailing taboos surrounding women in sports in our present day society.  If watching a power packed sports drama is on your watchlist, visit your nearest theater and watch Seetimaarr.

‘Seetimaarr’ is in the league of tried-and-tested masala movies, with the Kabaddi element being the only distinct one. It’s watchable if you love action movies.

Overall, Seetimaarr succeeds in what it aims to do, provide mass entertainment. It works fine in the first half but flounders in the second half leaving one with mixed feelings. In the end, it is an average fare, which is meant for the mass audience, predominantly.

On the whole, Seetimaarr is a sports drama with a proper action backdrop. The mix of sports and commercial elements is handled quite well. Solid mass moments, neat emotions, and good performances are basic assets. If you ignore some of the logical errors, the masses will love the film as it has been quite some time since we have seen a mass commercial film on the big screen.