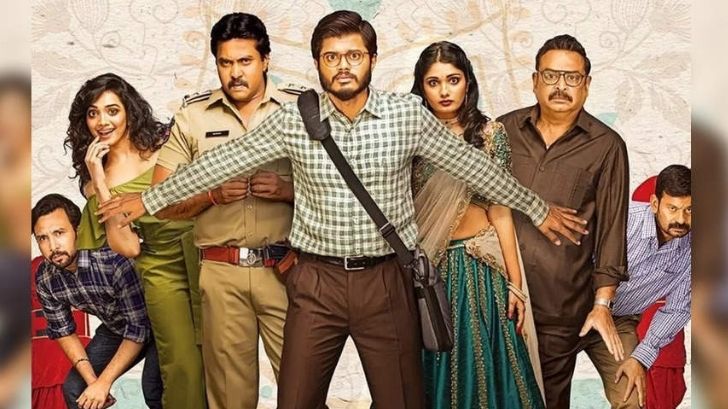 Pushpaka Vimanam offers nothing to the audience. First half is atleast lightervein , second half runs slow paced. The film is OTT worth at the max !

Pushpaka Vimanam is a middling comedy drama with a breezy opening half and a dragged second half. The film has a few bright moments here and there but the penultimate scenes related to the elopement are not presented in a convincing manner.

Overall, Pushpaka Vimanam has a thin but intriguing plot. However, it falls flat in the execution. A dull and dragging second half follows an ordinary first one which has occasional laughs here and there. It makes Pushpaka Vimanam an uncomfortable watch in the cinemas. Give it a try if you want to see something rooted. Otherwise, stay away.

On the whole, Pushpaka Vimanam is a simple drama with decent fun and passable thrills in the second half. The film has good moments but the dull climax and lag in Sunil’s character make the film go down a bit and ends as just a passable watch.

All in all, Pushpaka Vimanam is by no means the perfect dark comedy it sets out to be, especially when films in a similar genre have already done better in Telugu. But watch it this weekend if you’re game for a quirky film with a pinch of comedy, spoon-full of twists and a stellar cast to back it all up.