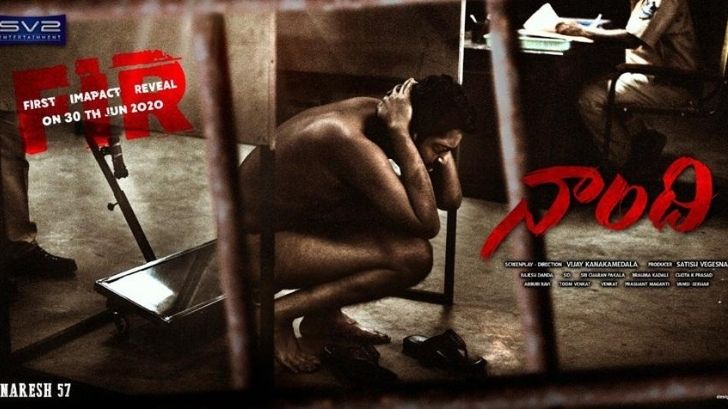 Barring some flaws here and there, Naandhi as a film sticks honest to its story. It runs on Allari Naresh’s serious performance.

The pace is not exactly even, there are many times the film loses its grip. The new director has packaged the serious theme as an accessible watch to the common audiences. At times, it turns documentary as well. Background score would have lifted the mood to many times.

Overall, Naandhi is a well-intentioned hard-hitting, realistically mounted courtroom drama that deals with Section 211. It is a weapon for justice for the commoner. The noble intentions and honest execution make Naandhi a definite one time watch. The stomach-churning episodes need to be kept in mind, though.

On the whole, Naandhi is a dark and interesting courtroom drama with a good premise. Allari Naresh shocks everyone with his career-best performance and carries the film on his shoulders. Barring a slow second half and rushed up climax, this film has impressive performances and ends as a different watch for all those who like serious dramas.

The thing with Naandhi is that it is a tight slap on the legislative, executive, judiciary and the fourth estate. But where the slaps land harder is on the audience that often hoots and whistle as non-judicial punishments are meted out both on and off-screen. And that makes Naandhi definitely worth watching.