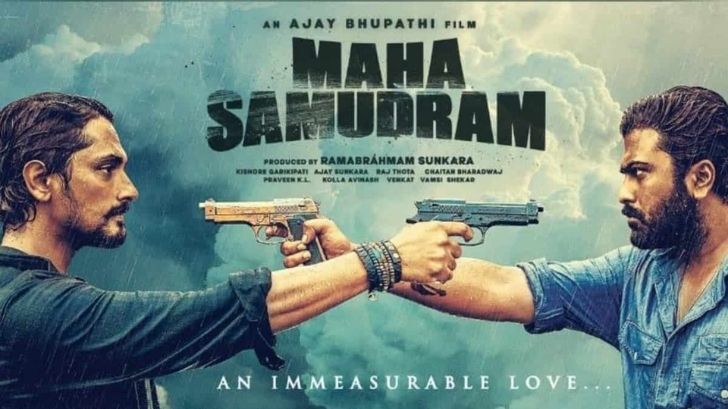 ‘Maha Samudram ‘ has multiple positive factors if we measure those independently but, the overall impact is not that great due to poorly executed final portions of the film. Sharwanand, Jagapathi Babu Deliver rock-solid performance. Overall, the festive season in Telugu states might help this film to stand as an average fare at the Box-office. Those who like commercial potboilers can give it a try watching ‘Maha Samudram’.

At one point, Sharwanand says that ‘Samudram’ hides many secrets underneath. It looks like this ‘Maha Samudram’ has hidden many logics underneath, which we never get to see.

On the whole, Maha Samudram has a decent first half, banking on perfect casting, unique characters and top-notch visuals and execution. However, the predictable journey taken in the second half plays spoilsport. What we have in the end is terrifically shot emotional drama that lacks depth.

On the whole, Maha Samudram does not live up to the hype created. The film has an impressive backdrop and scope for solid drama but they are not utilized well. Considering the good star cast and sincere performances, this film can be given a shot this festive season. But go in with your expectations in check.

But at the end of it all, the beats of Maha Samudram seem familiar. We’ve often seen a lead that will bear the weight of the world on his able shoulders because it’s the right thing to do. Is that worth the 2-hours-33-minutes runtime? You decide.