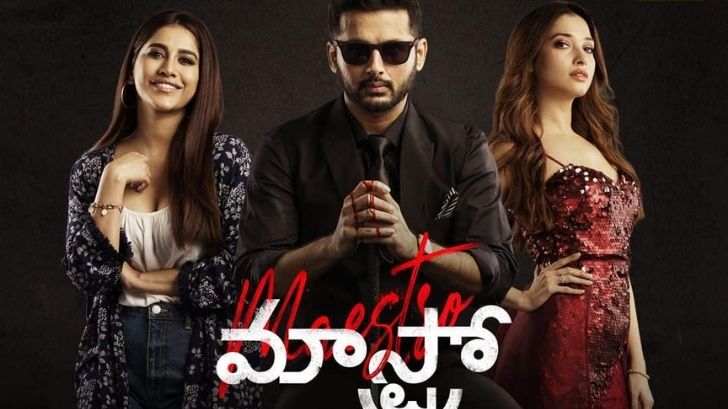 Maestro is a 2021 Indian Telugu-language black comedy crime thriller film directed by Merlapaka Gandhi and produced by Shresht Movies. A remake of the 2018 Hindi film Andhadhun.

Maestro is a crime thriller that comes in a new format and will impress those who haven’t watched the original. For those who watched it, Maestro is a frame to frame faithful remake.

Overall, Maestro is a decent remake and a passable watch. The entire narrative is the same minus some simple additions. If only the casting were good, Maestro would have delivered bigger and with more intensity. What we have here is a slick but flat recreation.

On the whole, Maestro is a faithful remake of Andha Dhun and has interesting thrills. Nithin and Tamannah shoulder the film with their standout performances. All those who have seen the original will surely miss the drama a bit. But those who have not will end up liking this thriller which was some passable suspense elements.

Merlapaka Gandhi attempts to take on the award-winning black comedy Andhadhun and tweak it a little bit for Maestro. While the basic beats of the film remain familiar and it’s almost a frame to frame remake, there are hearts tugged by sentiment and key plot points spoon-fed while it was left to imagination in the original. By the time the scene where a lead knocks a soda can out of their way rolls around, you’re left with mixed feelings.