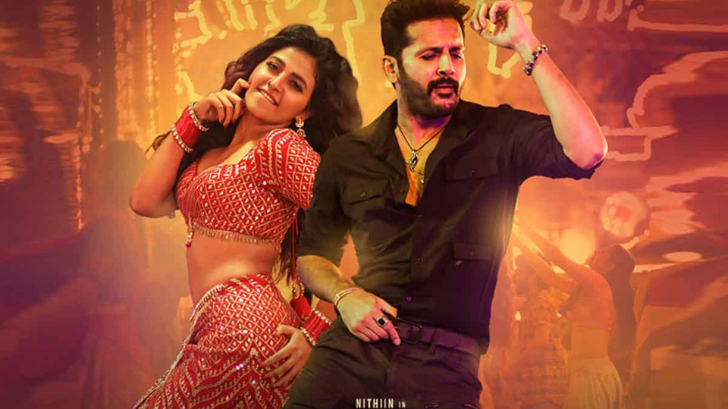 A 2.5 hours’ torture film with only bearable thing ‘ I am ready ‘ item song in it. Nithiin’s mass avatar is different from his soft roles , he performed quite decent but the debutant director lack any skill to support the film. Overall a Crap attempt !

Macherla Niyojakavargam is one of those films that right away give an impression that there is nothing new to offer. With the audience looking for content driven films post pandemic, one might wonder if routine formulaic films like Macherla have a way forward. This film lacks in many aspects, including arresting screenplay and an engaging narrative. It makes for an underwhelming watch.

Overall, Macherla Niyojakavargam is an utterly predictable mass fare without an iota of freshness. A couple of mass moments in the second half work, but that’s it. If one is a die-hard mass movie lover, they can try to think to give the movie a try, but even they will be bored to death.

On the whole, Macherla Niyojakavargam is a routine and outdated action drama with a select few mass moments. The fights and songs are good but the rest of the narration is routine and bores the audience making this film a disappointing watch this weekend.