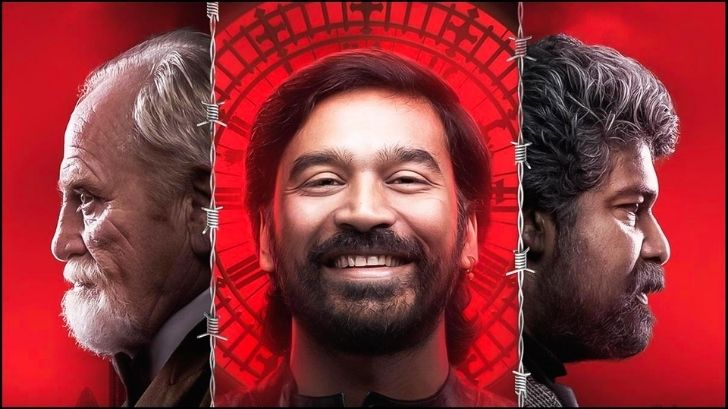 Jagame Thandhiram (transl. This Universe is a ruse) is a 2021 Indian action thriller film written and directed by Karthik Subbaraj and produced by S. Sashikanth and Chakravarthy Ramachandra of Y NOT Studios, along with Reliance Entertainment.

Jagame Thandhiram is half baked and unnatural. Except Dhanush’s performance and the background score, the film offers nothing.

‘Jagame Thandhiram’ is not a typical gangster flick in so far as it touches upon racial politics and handles the concerns of stateless people with a little bit of empathy. Otherwise, the film is malnourished in terms of writing. The performances keep the proceedings afloat.

Finally, Jagame Thandhiram appeals too little for the target Tamil audience. The director Karthik Subbaraj fails to do justice to the subject which should easily appeal to Tamil people. If not for some scenes that worked big time with excellent BGM, it would have been a big debacle. From a talented director like Karthi Subbaraj, it is natural to expect more but it has been a disappointment this time.

Unfortunately, Jagame Thandhiram promises a lot with its unique storyline that’s never been explored in Tamil Cinema and the star cast, but ends up delivering too little. The film clearly falls short of the high expectations it has set prior to its release and ends up as one of the major disappointments of this year so far. Dhanush’s energetic performance will impress his fans, but the snail-paced narration will test your patience. Do keep your expectations low if you are planning to watch this action drama this weekend.

Much like its protagonist, a man from a distinct culture finding himself in a totally alien territory, Karthik Subbaraj’s Jagame Thandhiram comes across as a Tarantino film that ambled into the alleys of Kodambakkam. The result is as interesting as spaghetti cooked in salna!

The casting is also one of the reasons why the film doesn’t quite work. Most of the foreign actors feel totally lost. James Cosmo gets a few decent scenes, and he’s the film other stand-out performer, besides Dhanush. Joju George is majorly miscast as Sivadoss, and hardly makes any impact. The film’s editing plays spoilsport; it’s chopped and stitched together in a way that some scenes absolutely make no sense.