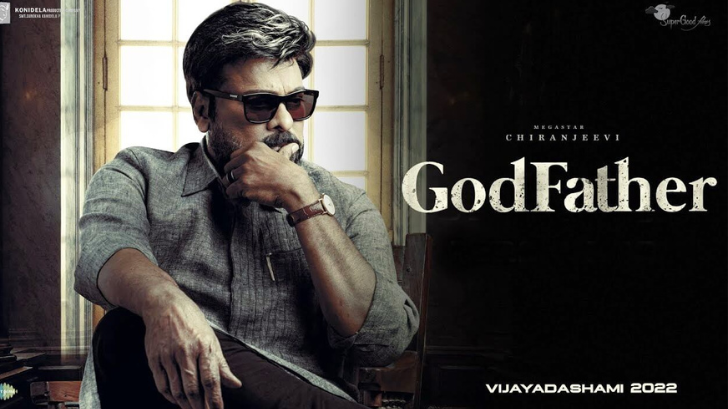 Godfather is a 2022 Indian Telugu-language political action film directed by Mohan Raja, serving as a remake of the 2019 hit Malayalam film Lucifer.

Godfather stays true to the original with adequate tweaks to appeal to Telugu audience. Brahma’s role is tailor made for the Megastar Chiranjeevi, which he plays in efficient manner. Overall, if you like political themed films, Godfather keeps you engaged .

Having said that, “Godfather” is a better action drama compared to recent masala movies. When it sticks to the original, it works big time, when it deviates, it goes down. If we stop comparing it with the original, it looks interesting. However, Chiranjeevi’s charisma and his swag, and certain portions bring joy to his fans. For others, it is a strictly okay watch. It is difficult for the audience who watched ‘Lucifer’ to relish this film. But those who didn’t watch the original may like it. This is the tailormade remake for Chiranjeevi.

Overall, Godfather is a drama-driven mass fare with Chiranjeevi and good primary casting involving Satya Dev and Nayanthara. They hold things together until the end, when the narrative collapses into mundaneness. It is a decent one-time watch and offers something to cheer for Mega fans after the star’s last debacle.

On the whole, Godfather is an impressive political thriller narrated in a sensible manner. A new age and mature Chiranjeevi, solid performance by Satyadev and Nayanthara and a fun cameo by Salman Khan are basic assets of the film. When compared to the original Lucifer, drama is missing a bit but that does not stop the fans and masses having a fun ride this Dussehra as the boss is back.

God Father proves to be a worthy remake of the Malayalam film Lucifer, and Chiranjeevi embodies the character of Brahma brilliantly and comes up with a charismatic performance. Engaging screenplay, exhilarating background score by Thaman S and neat camera work make this political drama a festive watch. It’s safe to say the boss is back!