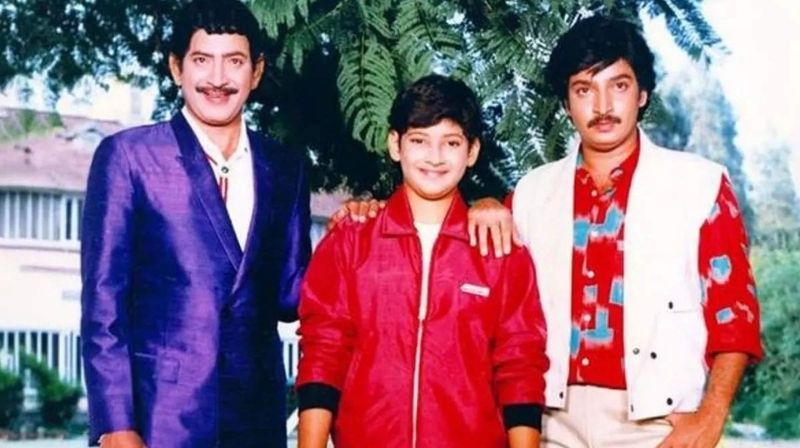 He was the son of Superstar Krishna and  the brother of Mahesh Babu. When in  the early 1990s , Tollywood was shifted, the Ghattamaneni family moved to Hyderabad thereafter.

As a child artist, Ramesh Babu has acted in  the movies – Dongalaku Donga, Manushulu Chesina Dongalu, Annadammula Saval, Needa and Paalu Neelu.  As an adult, his first movie  was Samrat.

Mahesh Babu once said he was taken care of by his brother Ramesh during his childhood days, and he was everything for him.

Ramesh Babu first appeared onscreen at the age of 8 in the 1974 film Alluri Seetaramaraju, starring his star father Krishna and Vijaya Nirmala. He played young Alluri Seetaramaraju in the film, which is considered to be South India’s first CinemaScope film.