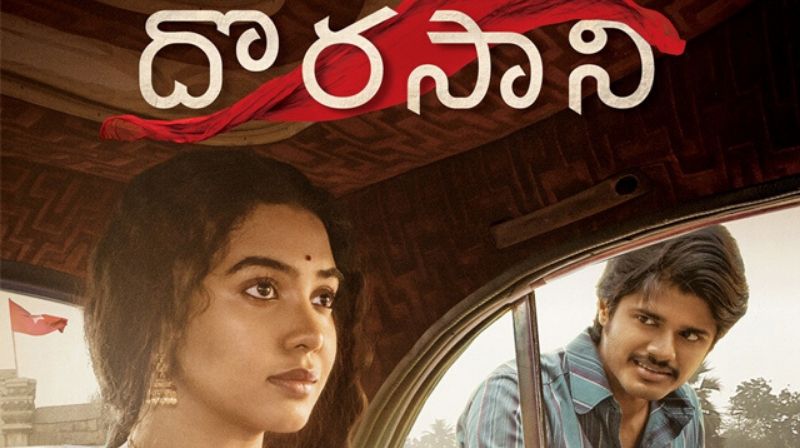 Dorasaani’ gets its basics right for the most part. Neat performances, striking technical output, and the commendable first half are hits. The slow-moving second half with its attendant cliches and indulgences are misses

On the whole, “Dorasaani” can be termed an honest attempt of telling the love story of a rich girl and poor boy in period Telangana cultural and political setup. This has limited appeal but is pretty ordinary film on the whole.

Overall, Dorasani offers a tender love story that has a decent first half. But, the extreme predictability and lack of passion for most of the second half doesn’t let the emotions soar. Still, it is an okay one time watch if one doesn’t mind the predictable old school romance. If that is not what you want, avoid

On the whole, Dorasaani is a love story which exposes the caste-based system in the society and how it is affecting the youth. Anand and Shivathmika’s chemistry is superb and realistic scenes are good. But on the flipside, a slow-paced narration and lack of freshness in the plotline makes it a below-average fare for this weekend

Go watch Dorasaani this weekend if you’re jonesing for a film that will make you fall in love with the kind of beauty it holds in little details. Especially go watch it if you love watching innocent love stories that tug at your heart. Be patient with the laborious pace, it’s worth it.