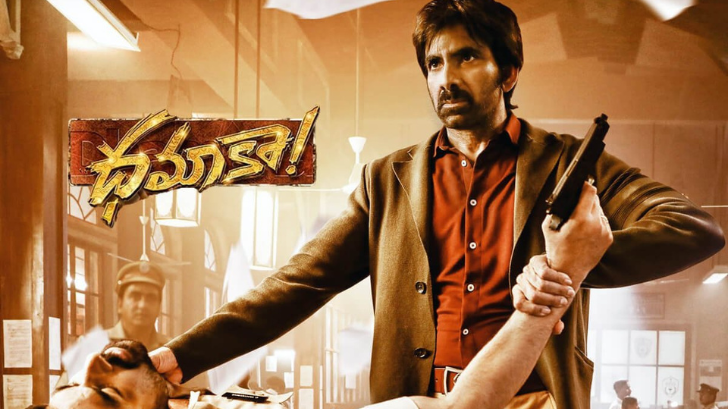 Dhamaka is truly a double impact for the Telugu audience – one with loads of entertainment and the other with vintage Ravi Teja back again. Bheems Ceciroleo’s music, action scenes, and comedy blocks make the film commercially packed. One cannot miss the mass and energy of Ravi Teja on big screens with Dhamaka.

Massraja Ravi Teja’s Dhamaka is a routine run-of-the-mill affair with a few bright moments for the fans. Go watch the movie if you don’t have any other plans for the Christmas weekend.

Overall, Dhamaka is a routine commercial entertainer with an outdated vibe, something that could have been made in the 90s. A few entertainment bits and Ravi Teja’s energy save the day. Watch it if entertainment is the only thing you are seeking and have set the right expectations.

On the whole, Dhamaka is an action drama which has regular mass elements. But Ravi Teja is back with his energetic avatar and keeps you glued to the screens with his entertaining performance. Added bonus are the hit songs and comedy scenes. If you ignore the routine storyline and keep your expectations in check, you will end up liking the film.