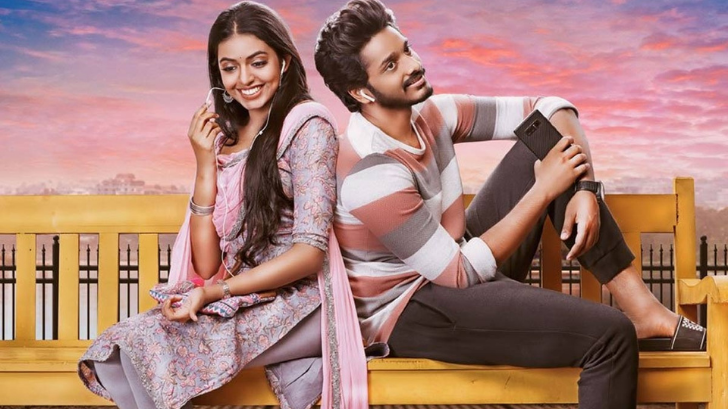 ‘Adbhutham’ is a somewhat complicated and surreal love story narrated with a touch of humour. The fantasy aspect could have been more incredible.

‘Adbhutham’ has got an atypical premise. It’s a romantic fantasy film with science-fiction at its core. It’s not thoroughly engaging. But you can give it a try on Disney+Hotstar.

Overall, Adbhutam has a novel idea (albeit inspired) for the central plot. It does well initially to get the viewers interested and invest in it too. And then it fizzles out. Give it a try if you like to see something intriguing story-wise, but have very low expectations.

On the whole, Adbhutam has a good premise and decent first half. Teja Sajja and Shivani do well in this film but a slightly dull second half and Deja Vu factor of the story makes this film a passable watch this weekend.

In an overview, Adbhutam has an okayish concept but lack of depth in the proceedings makes it a dull sci-fi oriented love drama. The film stutters due to the incoherent and drabby screenplay. It makes for an underwhelming watch.