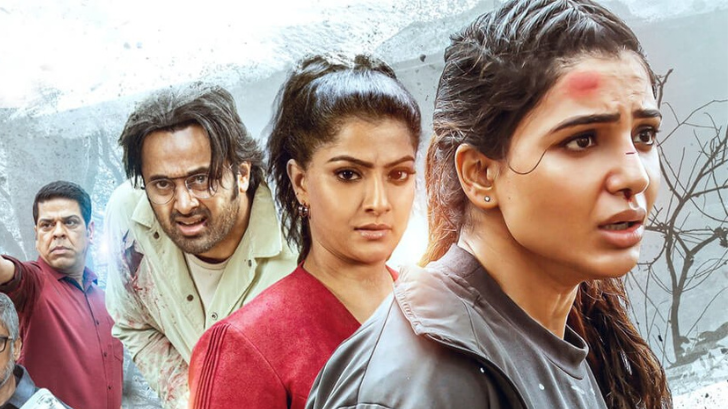 Yashoda is a 2022 Indian Telugu-language suspense action thriller film, written and directed by Hari–Harish, The film score was composed by Mani Sharma, while the cinematography and editing were handled by M. Sukumar and Marthand K. Venkatesh, respectively.

YASHODA First half is a sentimental mode one,second half has some action,dark elements. Overall,It is an average film at the best. Samantha stands out, she has done dual shaded role with ease.Production values are Good. Other casting is good as well

Yashoda is a good thriller, but turns out to be quite routine in the end. Samantha is very good in her role, and as long as she’s on the screen, she’ll keep you entertained. If not for adulterated climax, one can watch for thriller elements and Samantha.

Overall, Yashoda has an intriguing premise mixing surrogacy and beauty. But, the narrative hardly offers the thrills and entirely misses impact-worth scenes. One might find things okay with very low expectations, but the bar here is really low.

On the whole, Yashoda is Samantha’s one woman show. Right from the first frame, she carries the film on her shoulders and gives a solid performance. A few logical errors and slow start are basic drawbacks. If you ignore these aspects, Yashoda has an interesting backdrop and makes for a decent watch this weekend.

Yashoda is a striking thriller featuring Hari and Harish’s sincere efforts. Samantha is at her best, summing up all her skills for the film. If you are in for some thrills and action, then Yashoda is absolutely for you.