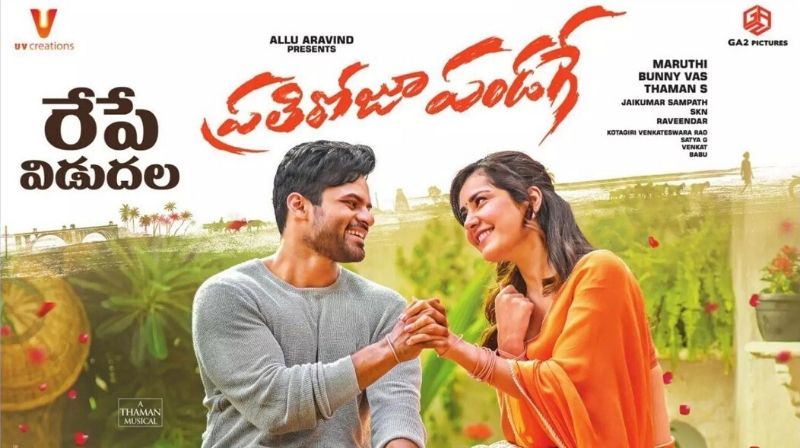 Prati Roju Pandage is a family entertainer for this Christamas – New year season. It has comedy as it’s USP , however one needs to bear the forced sentiments and preaching in parts from second half

Overall, Prathi Roju Pandaage is a rare miscalculation from the very calculative and mostly reliable Maruthi. Some parts entertain, but most of it either fail or bore

On the whole, Pratiroju Pandage is a typical family drama that has a predictable story and decent fun. A hurried up climax and lack of gripping emotional drama takes the film down a bit. But the comedy generated at regular intervals is pretty good and keeps the viewers engaged and ends this film as an average watch this weekend.

Don’t get us wrong because Prati Roju Pandaage has ample moments that’ll make you smile and relate to the characters, if not anything else. But this film could’ve definitely done with a little bit of finesse, not to mention subtlety