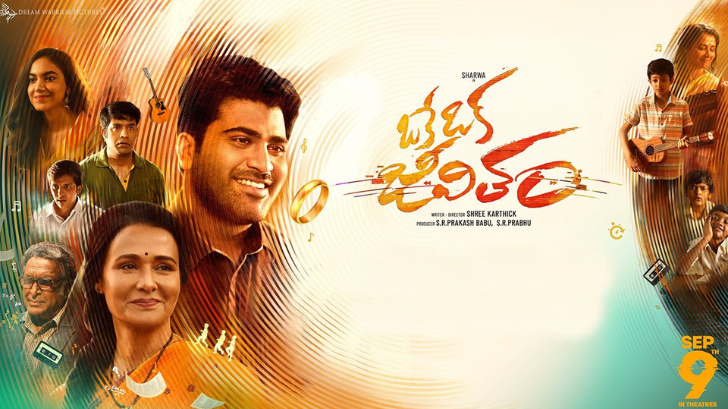 ‘Oke Oka Jeevitham’ is a must-watch emotional sci-fi drama. Neat performances and a writing that has a flourish of sentimentality make it a worthy outing.

“Oke Oka Jeevitham” is sensibly made science-fiction with dollops of sentiment. It is not a regular commercial film. Those who appreciate novelty and emotional dramas will like it. Slow pace notwithstanding, it makes a decent watch. Keep your expectations under check, though.

Overall, Oke Okka Jeevitham is a sci-fi drama that pulls off its premise emotionally without depending on graphics and avoiding complexity. If you want to watch something unique and different from routine, it a worth a try, for sure this weekend.

On the whole, Oke Oka Jeevitham is a well made science fiction drama filled with good comedy and sensible emotions. The performances of the lead cast, interesting backdrop, and gripping narration are major plus points. Barring the slow pace, this film has strong content and will surely impress those who expect different stories told in an engaging and fun manner. Go for it..!!

The film’s narrative could be categorised as a slow burn. While the first half was entertaining and engaging with a brilliant interval twist, the second half initially could have been crispier with the mother and son sentiment. However, things get interesting towards the end, as the film presents a thought-provoking perspective on time and destiny. After all, we only have one life – make every second count.