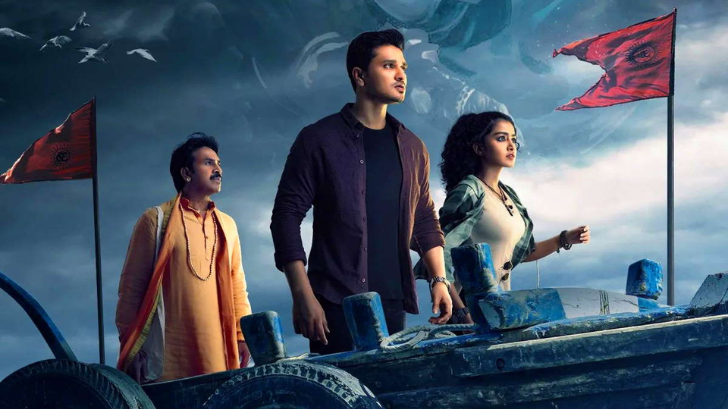 Karthikeya 2 is a 2022 Indian Telugu-language mystery adventure film written and directed by Chandoo Mondeti. The film serves as a sequel to the 2014 film Karthikeya.

Karthikeya-2 is an engaging travelogue through Hindu pilgrimages. It’s an adventurous concept clubbed with Hindu Mythological theme. The scale of the script is humongous, and the execution is appreciable. Overall, a decent film to watch.

All in all, the film has engaging moments in the second half and grand production values. Despite the inconsistency in narrative and logical issues, the film makes a passable watch.

Overall, Karthikeya 2 is a bigger, better and more focused narrative than the first one. It delivers mostly and leaves us satisfied watching a fresh product. It should be easily the first choice of viewing this weekend, for sure.

On the whole, Karthikeya 2 is a well made adventure thriller filled with great visuals and engaging narration. The backdrop, BGM, and performances create an intriguing factor. Baring a confusing first few minutes, this film makes up for an enjoyable watch and will be lapped by the audience this long weekend. Go for it.

Karthikeya 2 remains a worthy successor to Karthikeya minus the over-the-top strong-arming of Nikhil’s character by the end. If you’ve loved Karthik’s questioning nature, you just won’t buy it. Watch this one if you’re a fan of the first film, you might just have to wait a while though to meet the curious adventurist again in Karthikeya 3.