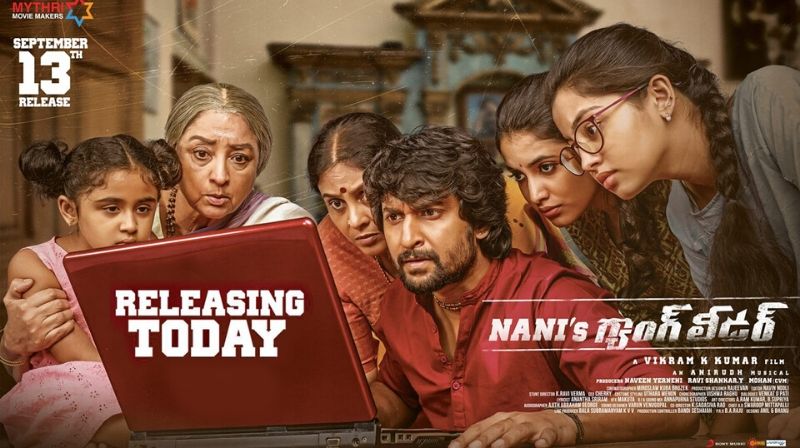 Gang Leader ‘ film has an interesting and creative story plot , but the narration is not as exciting as the storyline. First half of the film is an average one which sets up the foundation, second half is better with engaging narration mostly. A decent watch for families

Overall, Gang Leader is a strict one time watch. An exciting and refreshing premise, few comedy scenes and a decent block in the second half are the reason for it. Give it a try if you have nothing else to do in this weekend, and go with low expectations

On the whole, Gang Leader is a novel crime thriller which is filled with good fun and crsip narration. Nani leads from the front and is ably supported by some taut performances which hold the film well. The suspense and comedy go hand in hand and if you ignore the slightly dull climax, this film makes up for an engaging watch this weekend. Recommended.

Nani is the film’s heart and soul and brings Gang Leader to life with his charm, wit and classic humour. But the haphazard nature of the script, a sluggish screenply and an overdose of melodrama hampers what had the potential to be a total laugh riot