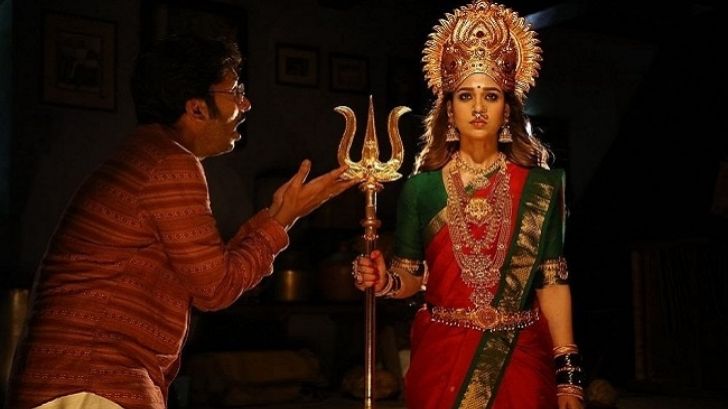 Ammoru Thalli has enough doses of entertainment and drama which are well mixed and the film is packed with decent performances which make Ammoru Thalli a decent one-time watch.

All in all, “Ammoru Thalli” is a satirical film with a relevant message for today’s times. However, the film falls short of being a taut drama and doesn’t come together as a whole.

On the whole, Ammoru Talli is a satire on how fake godmen operate in the country. The story is quite routine by actor and director RJ Balaji adds decent humor in the film and makes it interesting. The second half goes down a bit but Nayan’s screen presence makes this film a passable watch this Diwali weekend.

‘Ammoru Thalli’ has the flavour of a ‘Gopala Gopala’ and a ‘PK’ (Hindi). While the comedy works in bits and pieces because of the performances, the story doesn’t work at all.