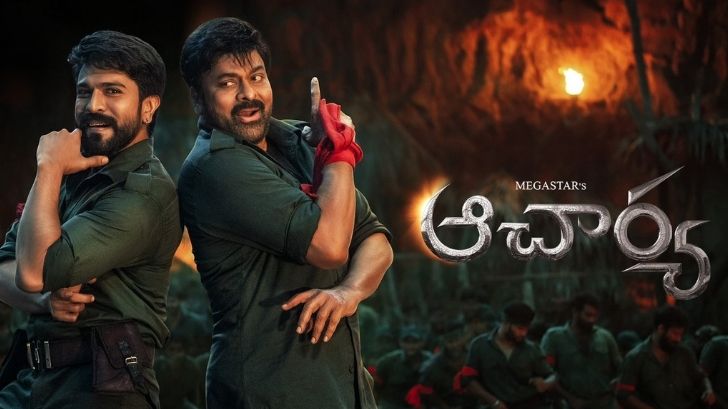 Acharya is an 2022 Indian Telugu-language action drama film written and directed by Koratala Siva. It is produced by Matinee Entertainment and Konidela Production Company.

Acharya..RamCharan is the boss, when it comes to playing to the masses. This film reaffirms this truth. The role provides him ample opportunity to prove his star power and he does it with remarkable ease. Chiranjeevi is in Terrific form..well made mass entertainer..!!

Acharya is ‘bloody’ good! It’s pure mass and violent with red colour splashed all over it (blood and vermilion). And the definition given to Acharya title by siva koratala shows the orientation of the film. Megastar rocks as usual..worth watching..!!

Chiranjeevi delivered another intense performance with all his experience, as seen in the teaser and trailer..Ram Charan too delivered another strong performance as Siddha. Acharya a well made message-oriented film packed with all other commercial elements looks like repeated the same formula for Acharya too..

On the whole Acharya has Ram Charan & Chiranjeevi + Entertainment in large doses. The film has the masala to work big time the masses. This one will rewrite the rules of the game and festive occasion (EID) will aid its potential. Sure shot blockbuster! Ram Charan stole the show all the way.

A masterpiece – an extra mass commercial movie with wonderful narration..some scene after interval bang are just mind blowing credit goes to director shiva..on the whole Acharya is a real treat for mass audience and mega fans.