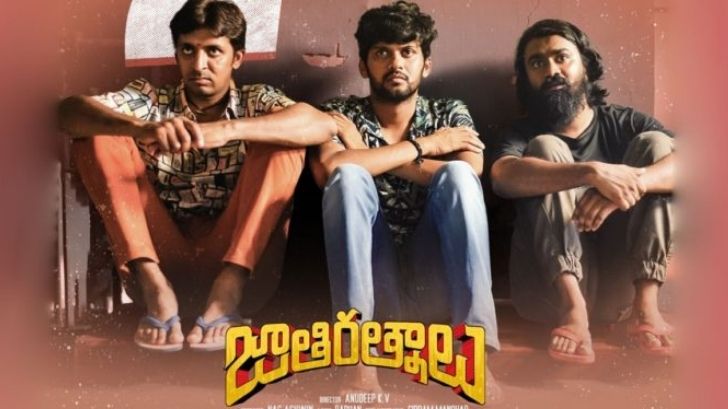 ‘ Jathi Ratnalu ‘ is a good comedy film to watch . This film doesn’t not appear logical at times but it scores good at providing ‘ entertainment’ . You may watch it !

In a nutshell, “Jathi Ratnalu” is a joyride laced with outrageously funny sequences. It is crazy and lacks logic. Forget everything, watch it for its abundant comedy and Naveen Polishetty’s show.

Overall, Jathi Ratnalu delivers what it promises, a rollicking fun ride. Naveen Polishetty rocks the show as the writing gives him wings to fly. Watch it if you like to have fun and entertainment at the cinemas.

On the whole, Jathi Rathnalu is an enjoyable comedy caper filled with multiple fun elements. It has slapstick comedy and logic goes for a toss. Also, the story and narration takes a back seat but the tongue in cheek humor dominate the show. If you ignore the slightly slow second half, this film ends as a funny watch this weekend.

“Silly fools are trying to break the rules and fighting these goons,” go the lyrics of a song that plays in the film. And that one-liner is enough to describe the film best. Jathi Rathnalu is a mixed bag, but then again, life zindagi aipoindi, so go watch it for the comedy and the performances.